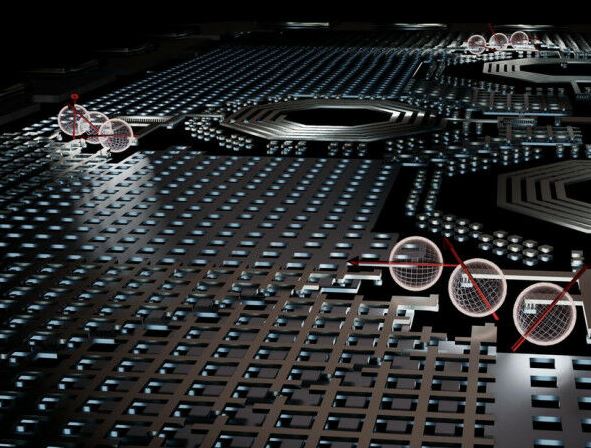 Engineers at EPFL have developed a method for reading several qubits - the smallest unit of quantum data - at the same time. Their discovery paves the way to a new generation of even more powerful quantum computers.

-IBM and Google currently have the world’s most powerful quantum computers,- says Prof. Edoardo Charbon, head of the Advanced Quantum Architecture Laboratory (AQUA Lab) in EPFL’s School of Engineering. -IBM has just unveiled a 127-qubit machine, while Google’s is 53 qubits.- The scope for making quantum computers even faster is limited, however, due to an upper bound on the number of qubits. But a team of engineers led by Charbon, in collaboration with researchers in the U.K., has just developed a promising method for breaking through this technological barrier. Their approach can read qubits more efficiently, meaning more of them can be packed into quantum processors. Their findings appear in Nature Electronics.

Quantum computers don-t work like the computers we-re used to. Instead of having a separate processor and memory chip, the two are combined into a single unit known as a qubit. These computers use quantum properties such as superposition and entanglement to perform complicated calculations that regular computers could never do in a reasonable timeframe. Potential applications for quantum computers include biochemistry,cryptography and more. The machines used by research groups today have around a dozen qubits. -Our challenge now is to interconnect more qubits into quantum processors - we-re talking hundreds, even thousands - in order to boost

the computers- processing power,- says Charbon. The number of qubits is currently limited by the fact that there’s no technology yet available that can read all the qubits rapidly. -Complicating things further, qubits operate at temperatures close to absolute zero, or -273.15oC,- says Charbon. -That makes reading and controlling them even harder. What engineers typically do is use machines at room temperature and control each qubit individually